When you remove hardware from windows sometimes the devices actually stick around, waiting until they are attached again. This can cause problems, say when you want to rename a network connection to a name that was used by a now missing network card. Windows will complain that the name is already used, by this missing network card

You probably already know that the Device Manager has a Show hidden Devices feature, but this does not show you devices that are no longer preset.

From a command prompt:

Start the device manager from that same command prompt:

Select Show hidden Devices, and now you should see the hidden devices, and you can remove them. 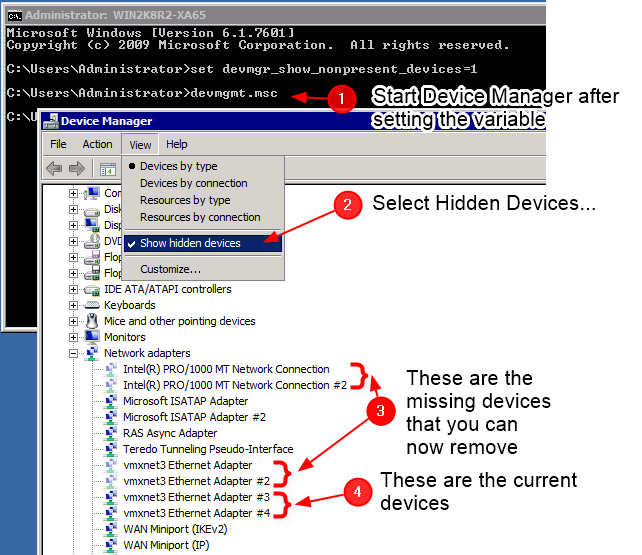 What is the best OS for web development? (Community Protip)