Sometimes you may encounter environments or applications, a little out of sync with respect to released versions of its components. I've got some problems recently with applications deployed in OC4J. As it seems to happened they were stucked at its container mandatory java version.

In 2012, Apple decided to remove the Java Preferences application (Java Preferences.app) during a software update and afterwards it has been difficult to install and change between JDK version on Mac OS X. As usual, some of that responsibility was left for those who still need them. So they could track and adapt installers to keep them working. I've already talked about git svn problems... now checked some problems with old java versions.

For a new version, you could still following getting versions directly from Apple development portal, https://developer.apple.com/downloads/, but it will not work properly on old versions like Java Development Kit 1.5. For that you should: 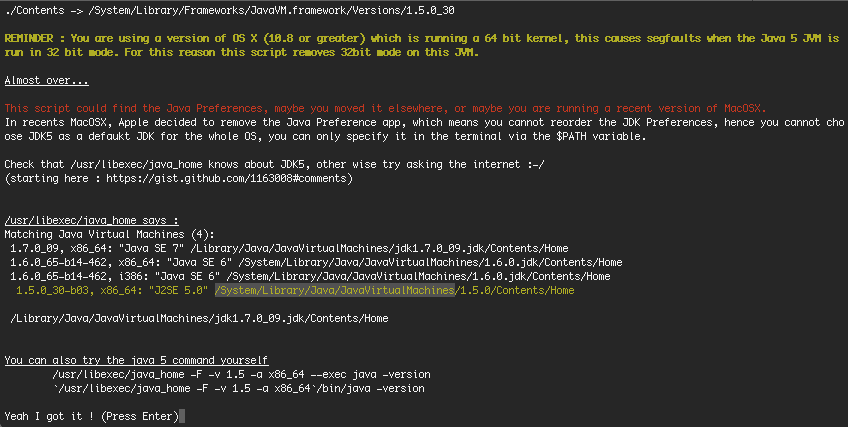 Running docker as a client on Mac OS X

Keybindings for MacOSX users on iTerm2