Changing My Git Editor On The Fly

I love using Sublime Text as do many developers these days, but I just can't use it regularly for git commit messages.

When I learned git 4 years ago I always used the default editor - vim. I don't particularly enjoy using vim, but it's the command-line editor I know best. For the longest time I would write inline commit messages, ie: git commit -m "hello world".

Then one day something crazy happened... 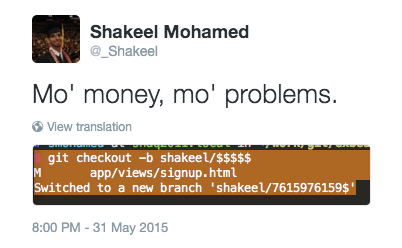 Since then, about 1 year ago, my default commit workflow has become the following

Nothing special about it, but this workflow is so engrained in my muscle memory I can't seem to turn it off. So... what's the problem? Rebasing commits. Let's say my goal is to squash 10 commits - including merges, this involves editing several lines at once in the same way.

In the main Zen Audio Player repo, I ran git rebase -i HEAD~10. Here's the workflow I'd need for either editor. 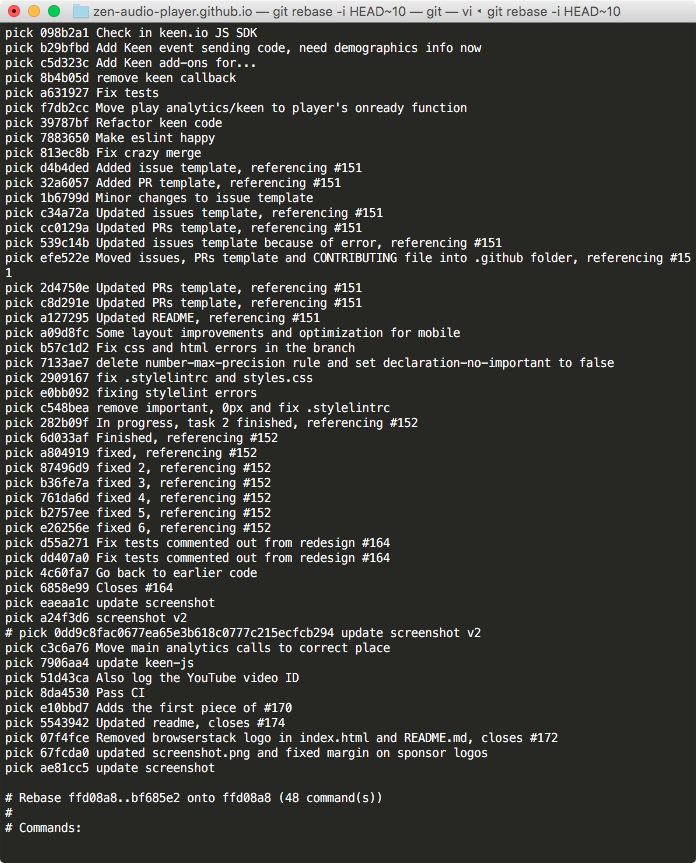 Probability of making a mistake: 50% 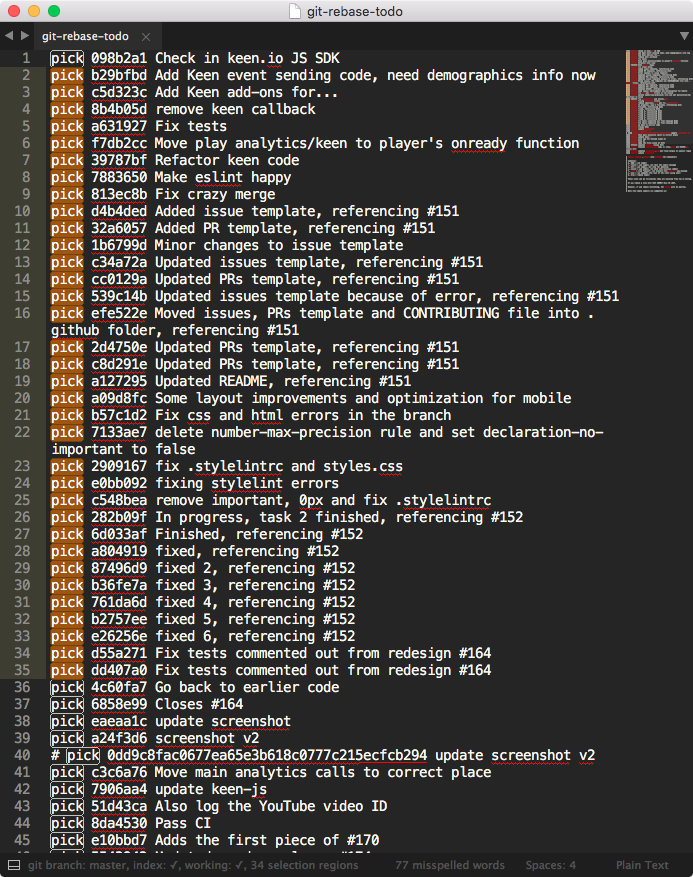 Probability of making a mistake: 1%

So, what's the solution?

When in doubt, create a bash alias or function!
Since these are the only 2 editors, I've hardcoded 2 bash functions that will instantly change my git editor.

Now, whenever I need to do some rebasing:

If vim is your default editor having a vimrc with at least set nu for line numbers is helpful. Secondly Ctrl-V to start block selection, <Line Number>G to jump to that line number, e to go to the end of the word, s to delete the word and start editing, type squash/fixup, hit ESC. Will do exactly what you're doing in Sublime. 10 seconds.