From idea to in-game character

Recently, while playing X3: Terran Conflict and listening to this great song (http://soundcloud.com/tamenpi/shawn-lee-ajs-mood), I had an idea for a setting for my point and click adventure in the works - Funky Dudes in Space. A bunch of jazz/funk musicians on a space adventure, basically.

So I, with my blessed programmer art skills, scribbled something like Bootsy Collins and a long haired drummer dude on a small piece of paper. 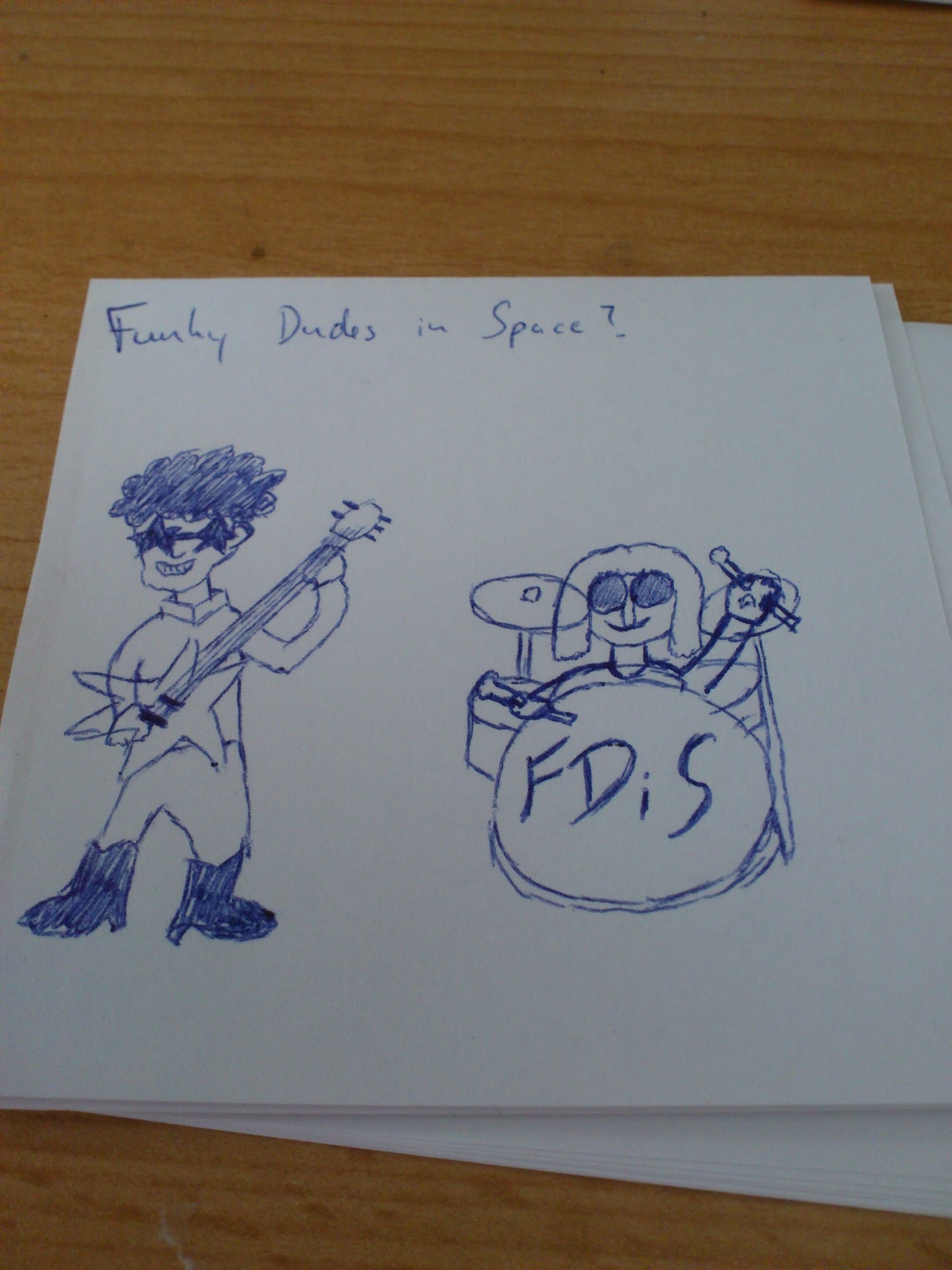 Not shortly after, I posted my idea on an AGDG on which I kind of am a regular and asked around casually if anyone feels inspired by this and would whip up a little piece of real art. Sure enough, someone actually responded with a (in my eyes) great piece of a picture. 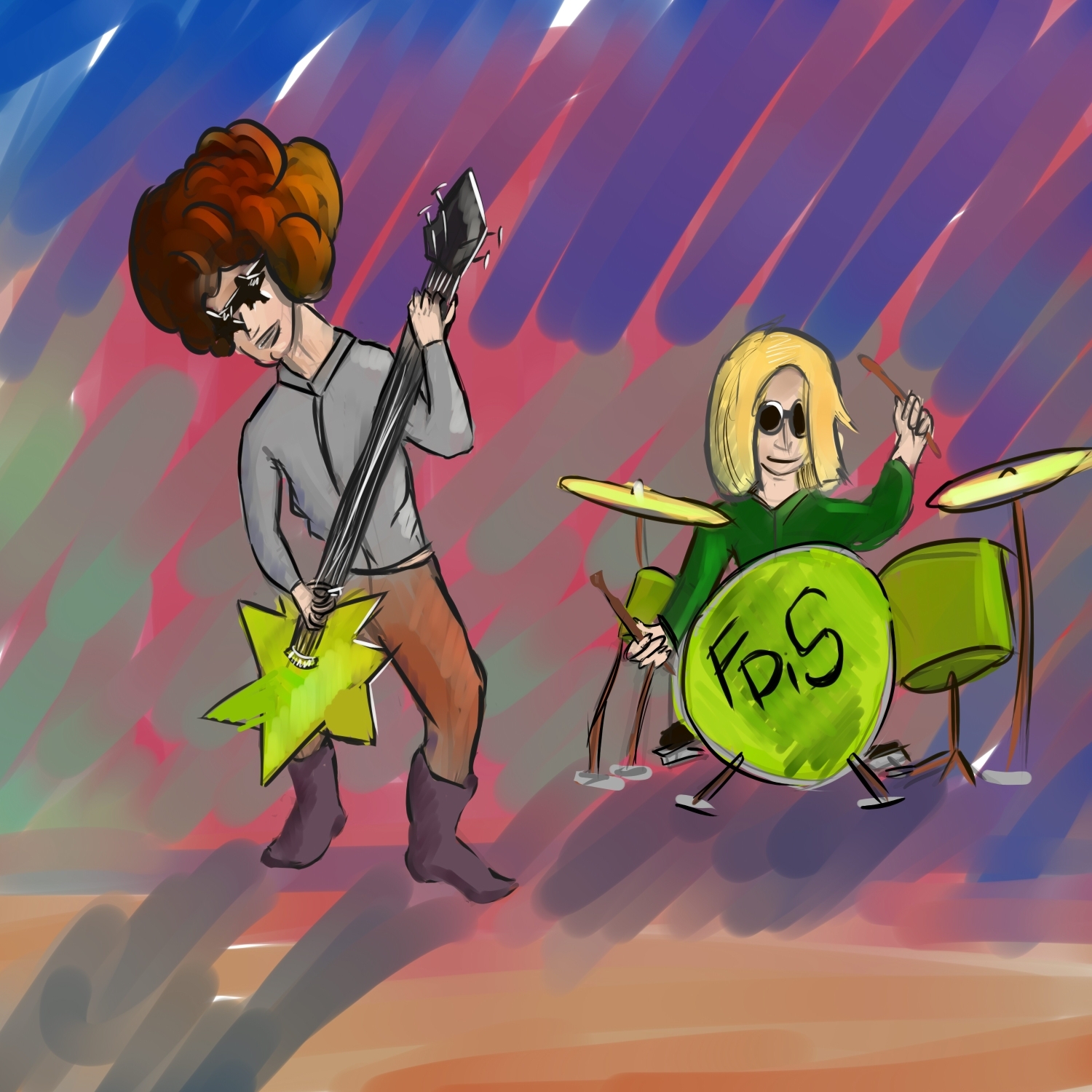 After a couple of emails, he was head over heels in drawing picture after picture, sending me backgrounds and character art. Now there's two finished character models (without animation) and a bunch of background art that I've got my hands on to work with, all within the course of a week. Feels great! 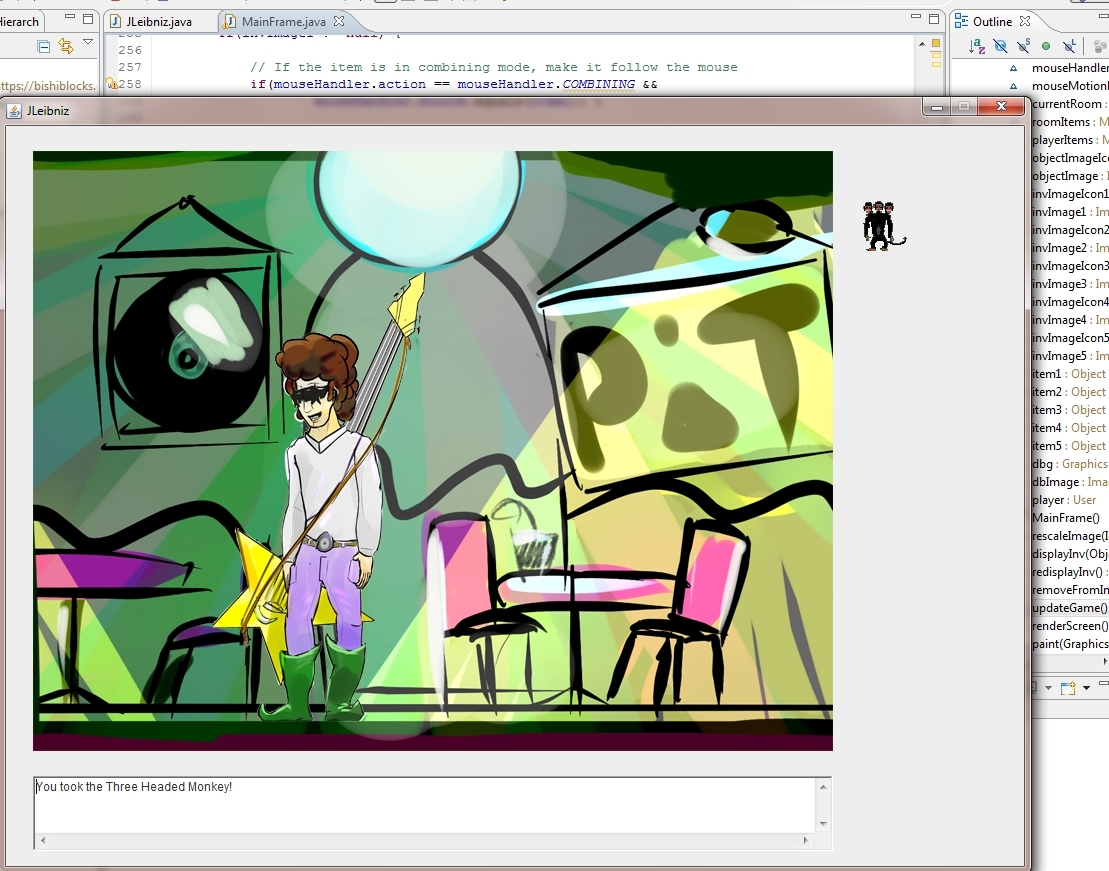 Now I only need to get rid of that amateurish interface..

EDIT: (Kinda) done! I'm in the process of switching the game's library to Slick, so it currently looks like this: 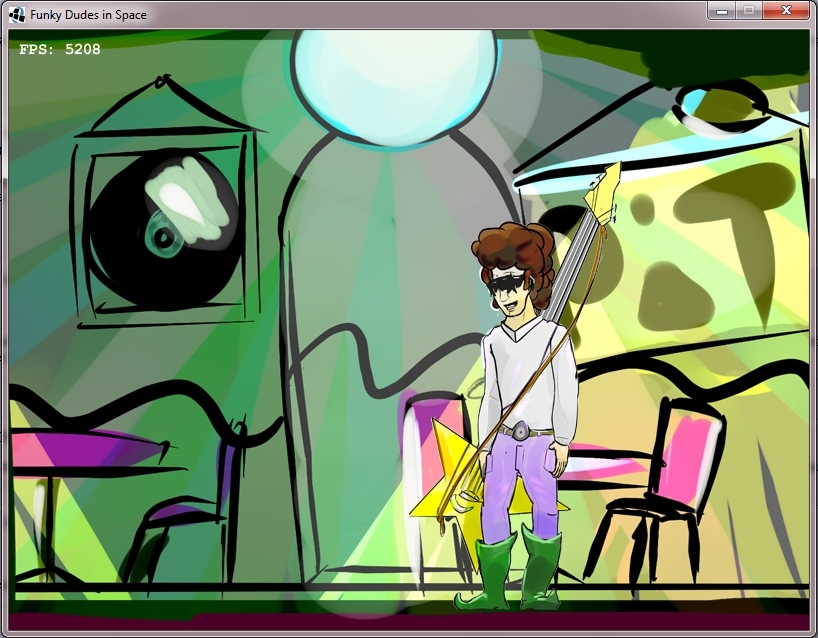